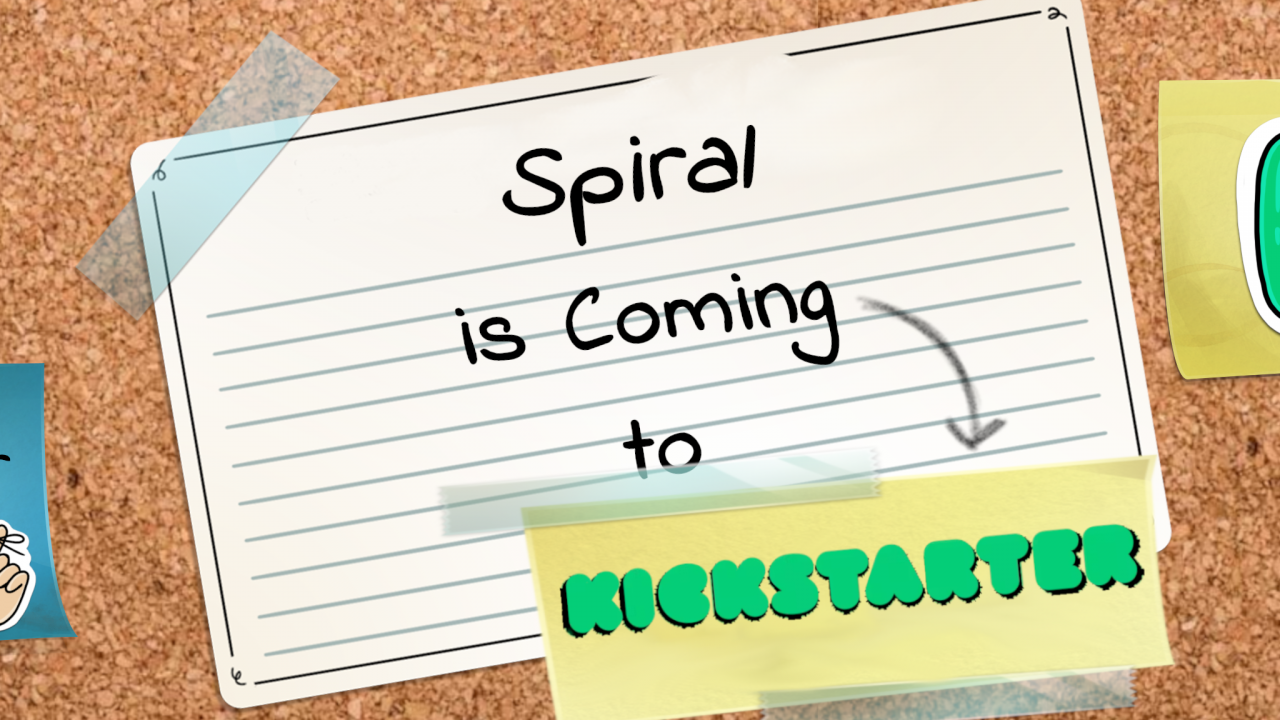 While this upcoming month might be quieter in terms of events, showcases, and streams, we do have two MAJOR things to report 🙂

✨ ANNOUNCEMENT #1 – Spiral Will No Longer Be Episodic! 😲

First of all, we have no plans to change our 2023 release date – while game development doesn’t always exactly go as planned (especially when you’re indie,) we’re a clever, committed, and passionate bunch that is determined to release this baby next year! While leaving behind the early scenes and moving on to create moments that’ll happen later on in the game, we realized that so many things could still influence or improve the earlier moments as we worked on the rest of the game. It struck us that releasing them now on their own would prevent them from being as great as they would be in a full release. Essentially, the further we got into development, the more we realized that releasing Spiral as a full experience would not only be the best thing for the game but also help us stay truer to its message and Bernard’s story! 💜💜

In addition to that, we’ve already been able to pick up the development pace, so things are looking good. 🤟

Now…time for our second announcement!

✨ ANNOUNCEMENT #2 – Spiral is coming to Kickstarter! 📢🥳

We’ve been planning this one for a while folks – we’re so excited to FINALLY announce that we’ll be launching a kickstart campaign for Spiral next month! More details on the when/what/how later but for now, we just wanted to put it out there and say a few words about the WHY!

Spiral started out and has remained a completely self-funded project throughout development. It’s something that, as an indie studio, we’re really proud of and grateful for. So why, this late in the stage of development, would we want to do a Kickstarter? Well – we’ve got two reasons!

First off, to bring Bernard’s story to more of you out there! Kickstarter is a really great platform when it comes to introducing people to new and upcoming projects and we’d love to meet more fans of casual, indie, cozy and narrative games! 🤗

Second of all, we’ve got big dreams for Spiral – dreams that go beyond the initial blueprint of the game and the scope of our current budget 💖 With help of Kickstarter, we’ll be able to add even more features, languages, details and richness to Bernard’s adventure. We can’t wait to share our stretch goals with you and hope they get you excited! ✨

Annd with that said, that about wraps up our August update! Keep your eyes peeled for more news on our Kickstarter – we can’t wait to share more!!